Bad girls and why boys love them


Confidence, independence, mystery, excitement… boys have a gut reaction to these feminine traits, and bad girls use their gifts to keep us hanging on. 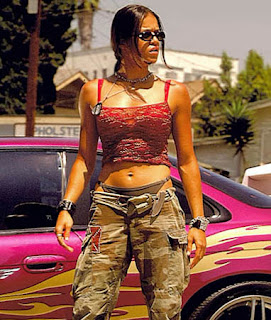 Like it or loathe it, boys love bad girls. Brash, cocky, and exciting, the bad girl is always there getting all the boys. Arrogant, rude, and treats boys like they’re waiting in a queue for a minute of her attention. While good girls are making their partners homemade Valentines cards, bad girls just don’t bother to call back. And by some strange chemistry, not calling back makes us boys pine for them even more. It was a stereotype in the old days that girls fell for boys who treated them badly – well, now it seems it’s our turn! We probably all know friends who’ve dated girls who were absolutely no good for them.

Let’s face it, dating a bad girl is exhilarating. She always has great, impulsive ideas for things to do. She is a seducer: she knows what to say, how to say it, and how to touch you. Her biggest power is confidence. Boys love girls who take charge and know what they want from life. And when a brash bad girl pins you with that fixed gaze burning with female power, it’s enough to make a boy giddy. There is mystery in those beautiful eyes; you never quite know what she’s thinking and never dare to ask.

Boys are much more tied down by social rules than girls and are expected to behave in certain ways. We have to babysit, or cook dinner, or spend two hours on our makeup, and so on. Bad girls embody the glorious freedom that boys don’t have. Bad girls are cavalier about everything they do. They constantly test boundaries and don’t give a damn. That’s one reason they get so many boys: if one boy says no, then so what? They simply approach the next one. She knows that as a female she’s the boss, the dominant partner by birthright. But once she’s singled a boy out, she knows how to tell him exactly what he wants to hear.

A bad girl lives on the wild side, so she offers a boy drama. Boys’ lives are often sedate and domestic – we do our housework chores, we help dad make dinner, we spend an hour or two dithering over what dress to wear or doing our makeup. A bad girl gives us some juicy chat for the lads: when she stood you up, didn’t call, slapped your best mate, got in a fight... where’s the thrill in a nice girl who works nine to five and always turns up on time?

On the subject of fun: a bad girl is carnal. Girls have a stronger sexual appetite than boys, and the bad girl even more so. She is hungry to shove you up against a wall and have her wicked way with you. The bad girl’s most visceral appeal is that she’s physically hot.

Ultimately, bad girls are very feminine: they are smart, confident, adventurous and in control. They look you in the eye, stand up for their convictions, and still know how to treat a boy right... and her wallet is full. Unless a boy is a complete trad, ‘men’s rights’ dinosaur, he wants an alpha female who will put him in his place and take control. No boy wants a wimpy girl who’s eager to please. Being with a powerful girl gives us boys a feeling of empowerment too, a rare thing for the downtrodden modern male!

We boys like to think that we’re special. Your bad girl may be a notorious player, but with you she’s different – you’re the only boy she treats well. OK, at the party she kneed that poor lad in the nuts, but she wouldn’t knee you, right? It’s thrilling to think that you can stake a claim in the mind of the mighty female and stir emotions in her. Maybe you can be the one to change her, to help her settle down... You aren’t, and deep down even you know it. And the day will come when she tears your heart into pieces.

So we hate to say it, boys, but bad girls aren’t good for you. You won’t be walked up the aisle in a white dress for one of these gals. In real life, boys need the security of a girl they can rely on, who will be there to look after them, who makes a commitment. Though dating a bad girl can be fun, for the long term you’re going to have to learn the benefits of the nice girl. After a portrait by Alexandre Cabanel. So I can't take very much credit here.
Posted by Jamie Vesta 0 comments